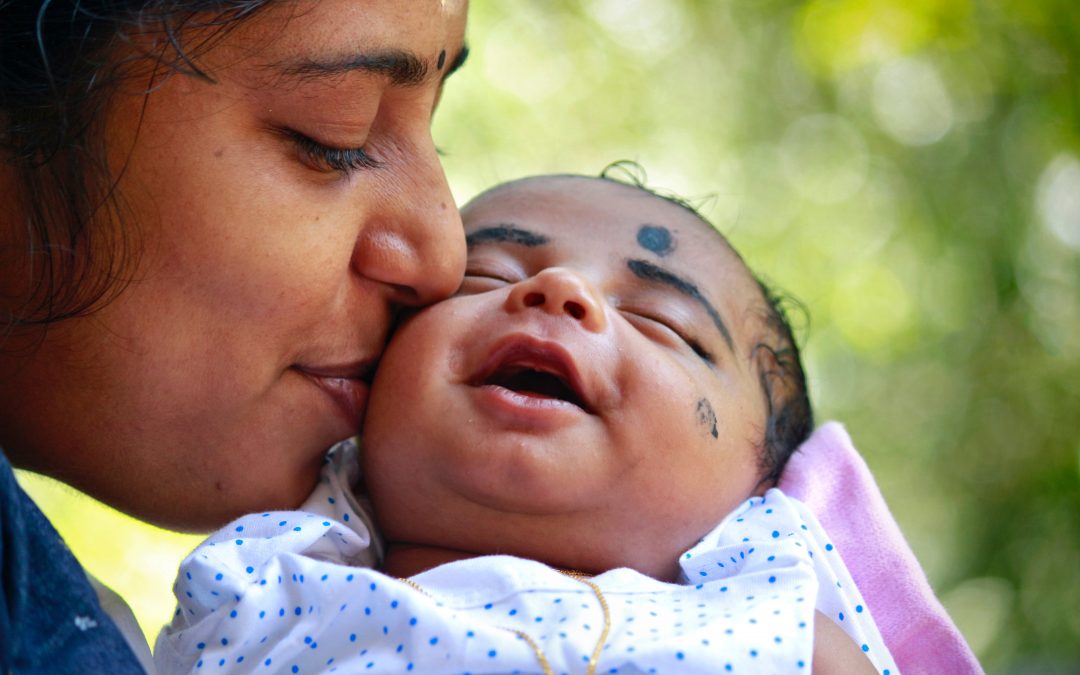 Every day mothers are born. We think about babies being born, but we never really think about, or look at what it is like when a mother is born.   Some mothers have 9 months to prepare; others have longer (or shorter) journeys through the adoption process; others try, and try, and try again; some give their bodies as human incubators so others can become a mother.

Motherhood is Both the End and the Beginning – the end of who we were and the beginning of something new.

And we trade all that in for? A screaming bundle of fragile humanity. Sleepless nights. Poop that goes everywhere. Stretched out stomachs. Drooping boobs. Pregnancy/new baby brain. Waking at the clock tick certain the baby has fallen. A third party in our most intimate relationships.

That just is NOT reality. The transition into motherhood is even bigger and more dramatic than going through puberty. It’s the hair and skin changes, the body changes – did I mention the hormone changes- yikes, moody. Yet no one tells us that motherhood may not be the joyful bliss of expectations. There are plenty of wonderful moms who do not love the infant stage. Mothering is not natural – it is a learned skill. We don’t know how to change a diaper automatically, or when to feed or how much to feed, or how to dress a squiggling creature.

Unlike puberty, when we encourage the adolescent through their struggles; mothers are often isolated – alone – away from family and friends. Not sure what to do. They may want to mother just like their mom, or they may want to try something entirely different. Thinking it through is hard when sleep is rare. Taking the next step – moving forward – finding your cheerleader to help and encourage you is so important. Because you can make this transition and be the mother you want to be.

One day, when you finally get sleep, you wake up and realize that just like a caterpillar that went into its cocoon and emerged changed, you have become something so different and yet the same. Here you are: 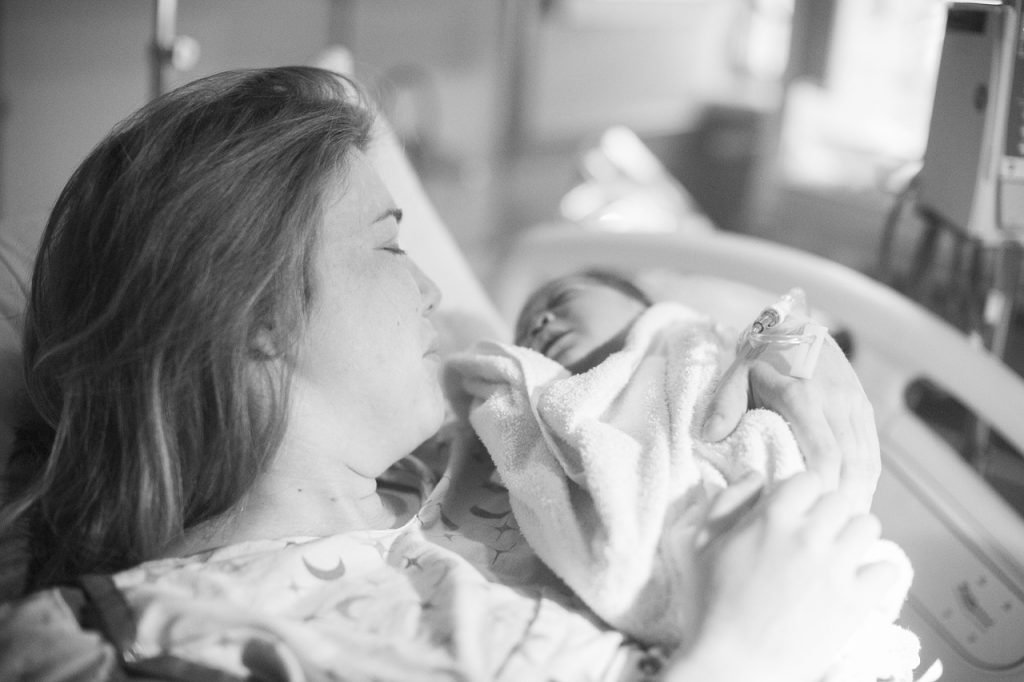 At the Beginning of Many New Adventures

Tanya Thomas, APC I am a mom myself – I have four. We stay busy between school, sports, and music! I love nurturing the wonderful human beings that my children are and, at times, am challenged by their being someone/something other than myself! I find motherhood to be both the peaceful journey down a river and an epic adventure filled with unforeseen events

Learn more about Tanya and how she can help you, Here!

All I could think was that it must be because a pharmacist had to disclose information to me personally; a duty of care. There was no other logical reason.

When Positive Thoughts Are Really Negative

I was recently working with a client who has been struggling with depression. We were discussing how her thoughts and emotions lead to her behavior. If we take a moment to truly reflect upon the relationship of these three, the constant interaction of play becomes obvious.

Generally, when we have a negative thought it can lead to negative emotions which in turn feed into negative behaviors. These cycles become constant and can eventually become ingrained such that we are stuck. 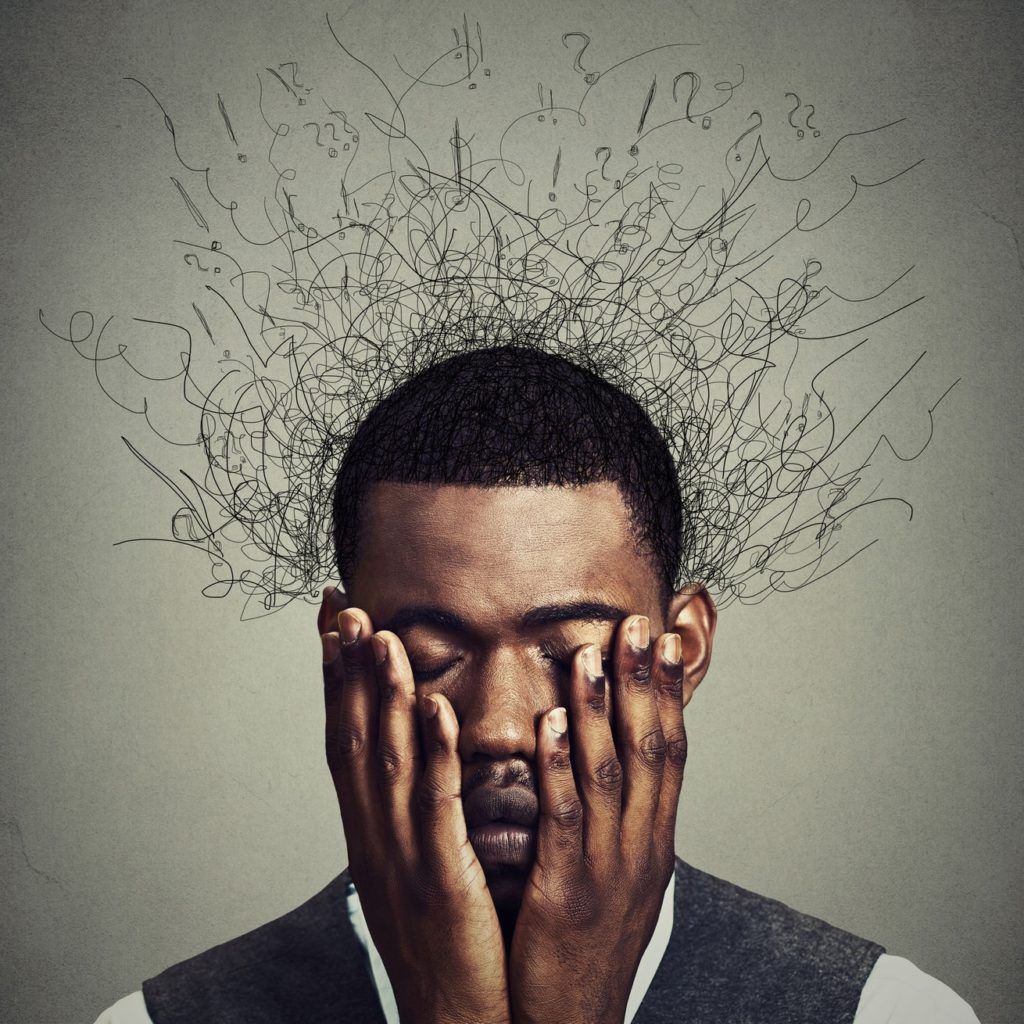 So the idea is we need to jump into the cycle and change one of the variables in the hopes that the others will respond in kind….positive thoughts would eventually lead to positive emotions and then behaviors therein changing the cycle. Some people may find that starting at another spot in the cycle is easier.

Whether you begin with the thought, emotion or behavior, they feed one another.

In the case of this client she stated, “I tried to change my thoughts…I was thinking that I am defeated and bad things keep happening…so I thought ‘OK, but things could be worse!’”. Indeed they could. But isn’t that always a true statement? Consider that…..of course they could. In truth, we can probably come up with a worse case scenario for pretty much anything if we are honest and creative. The problem with her use of the strategy was flawed. This became obvious as I took her further down the thought process. “And what thoughts do you have after the realization that things could in fact be worse?” The client laughed and said, “Well, then I just feel like crap because I’m feeling badly when other people have it worse!”

Exactly. In this case it becomes clear that her “positive thought” is cloaked in self-flagellation. “I am a loser who can’t get it together!”. What a loving thought.

The truth is that negative thoughts are voices of the past.

They have become so loud and automatic they pop into our mind without warning. They are learned. Our brains have become so used to them they are now defaults. Not only that but crafty! They can easily spin any positive into a negative if we aren’t closely monitoring them.

So then what are we to do? The first is to recognize that if you are truly a master at negative self-thoughts you’re pretty low on the scale of being kind to yourself. Perhaps, on a scale of 0-10 your self-kindness is hovering at a 0. Given this I submit that going from “I suck” to “I am awesome” (level 10) is a tough bar and pretty cruel. It really isn’t realistic. I say lower the bar. That’s ok. Truly.

When you recognize there is a problem that is a step. Forward. 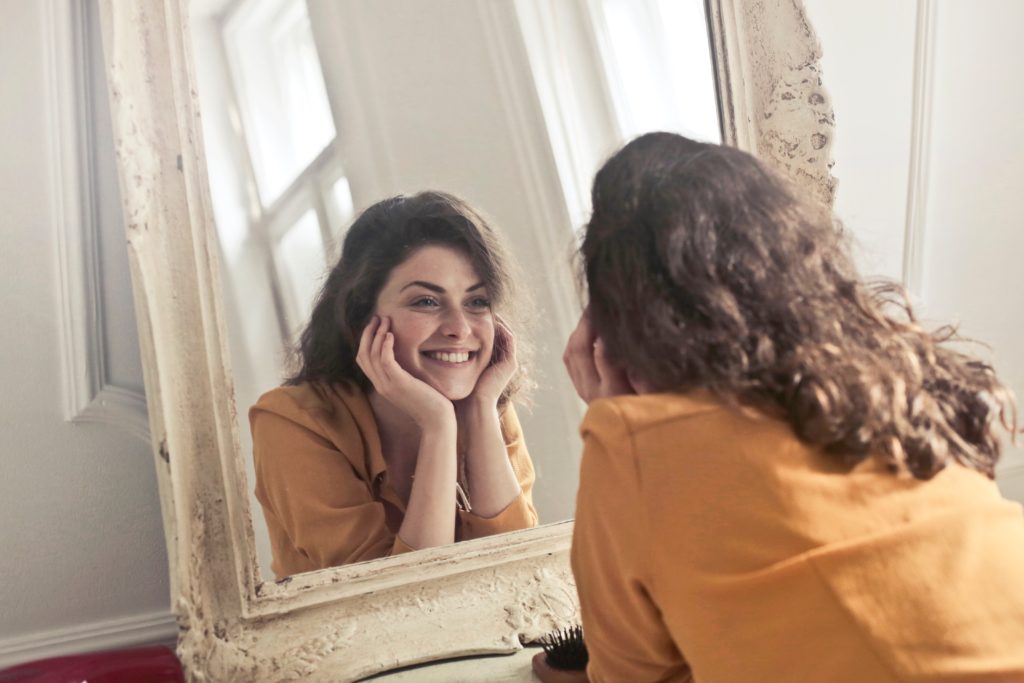 The next reasonable and realistic step would be to just become aware of your automatic thoughts. Consider it a study. Just keep track on paper how many times your mind pops onto something negative and note it. Become curious. At the end of the day just observe these thoughts and how many there are.

Decide on one kinder, level 3 thought that you can then use EVERY time you have a negative thought. How about “OK, I don’t totally suck, I actually am okay and am going to change” or “I’m choosing to not think that but I’m going to give my self a break on that thought”. What ever your thought of choice, make it kinder and use it every time a negative thought comes up.

Begin to keep track of things that you have done each day that didn’t suck! You may be surprised at how many there are. Be aware and think about it. If you made some one laugh, or happy, if you exercised, or ate better, didn’t eat five cookies but three.

The point is to become very self-aware of your thoughts and be kind when you chose your positive thoughts.

Make sure they are not really just hidden sledge hammers to your head. Those darn things are sneaky and can come in from a side door. Call them out and don’t try for a 10, just be curious about a 3.

Kate Knott, MS, APC, NCC We can work together to identify what you are struggling with and how to effect change in your life. I believe this because I have seen it happen. I went back to school later in life because I knew that I was passionate about helping others and I wanted to do so. I respect you and your experiences. I respect your story and your right to feel better! I believe in my knowledge and training within the profession of counseling and know it can be helpful.

Learn more about Kate and how she can help you, Here

I became easily agitated, but had no other side effects. I lost 14kg in a month and kept it off because my stomach had shrunk so much.